It’s that time, the time many Moms hate, the day you look at your little man and realize….he needs a haircut! Noooooo! I love Nik’s little curls and whispy mess on his head. If I have someone cut it off he’ll have nothing left, he has super fine hair (that fantastic Finn gene that’s in him) and it’s so crazy it’s awesome. This also just means he’s growing up and I kind of just want him to stay a baby forever. I feel like his hair is part of his personality, it’s a little crazy, a mess, reckless, does what it wants, and won’t sit still. If I get it cut maybe he won’t be same little Pepe anymore, he’ll just be Nikolaas.

You wouldn’t believe it, but when this kid was born he had some pretty dark locks. Me and Kevan were kind of excited because finally, one of our offspring would look a little more like us. His brother, Lukkas, is blonde and everyone always asks where he gets it from. Not this time though, this kid was going to have dark hair and match his parents, his brother would have to be the odd one out. As time went on he started to lose his baby hair (very common…happens to most babies), and what starts to grow? Blonde hair! His brunette days were short lived, that fair hair just wanted to come through. So after thinking we finally passed along some dominant genes it turns out those recessive ones are pretty feisty. Oh as a side note, both boys also have blue eyes and of course Kevan and I have brown eyes….I swear they belong to us though.

After his first Birthday came and went his hair got longer and wilder and…well…cuter! Kevan hoped I’d do the first cut for his Birthday but I just couldn’t bring myself to make the appointment. I was never this attached to Lukkas’ hair, as soon as there was enough to cut we immediately gave him a mohawk…numerous times. Every time Kevan brought up the hair I just said not now, I mean come on, those curls!

So here we are, Nik is just over a year and half and I’ve come to terms with the fact that he needs a little tiny trim. I won’t lie, I have have given him little tiny ponytails (hey I have two boys, it’s my only chance to do one), slicked it back with too much gel for that “80s car salesman look”, and of course just let it be free. I haven’t decided yet if I want to keep a curl. A small part of me wants to but then the rational part of me thinks it’s a little icky. Besides, we never kept Lukkas’ first haircut hair and we have to keep things fair around here. 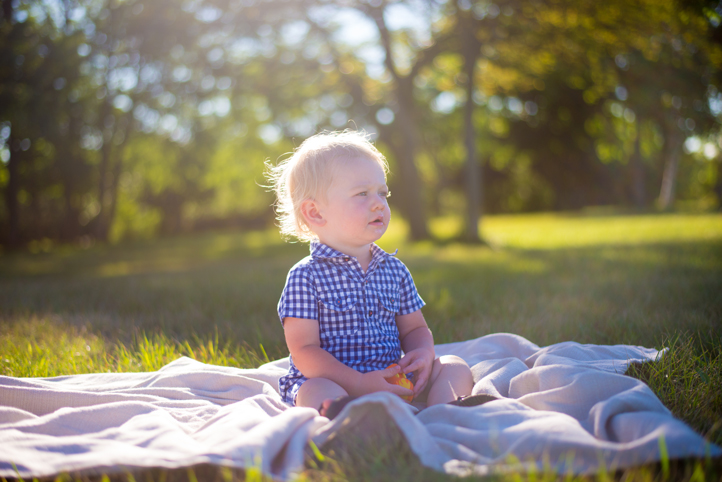 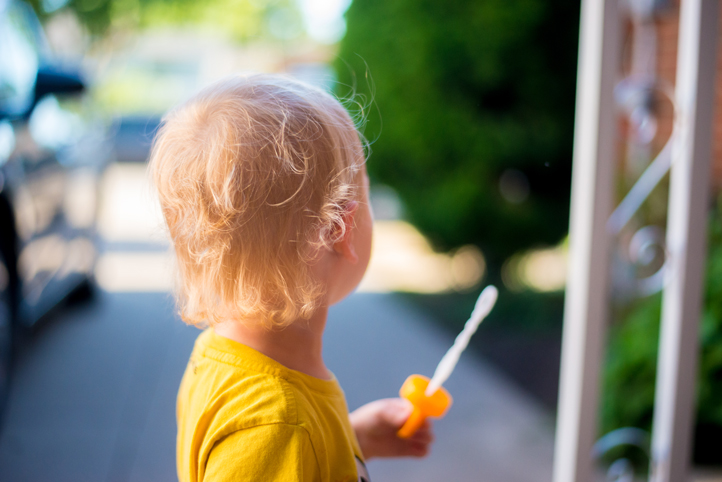 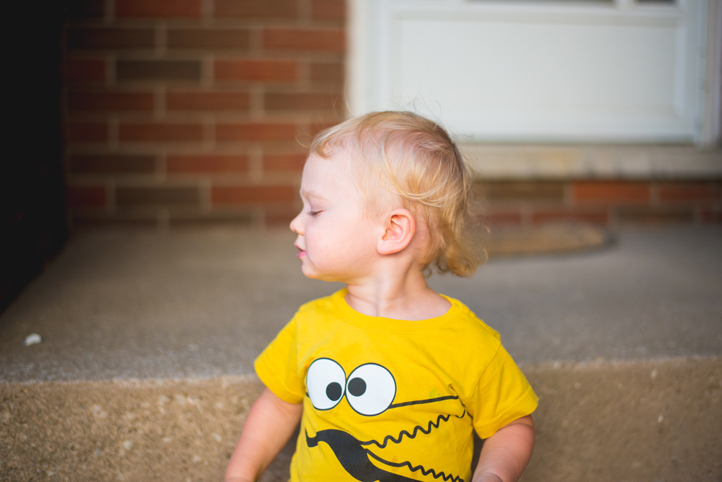 My hair just flows so nice in the breeze. 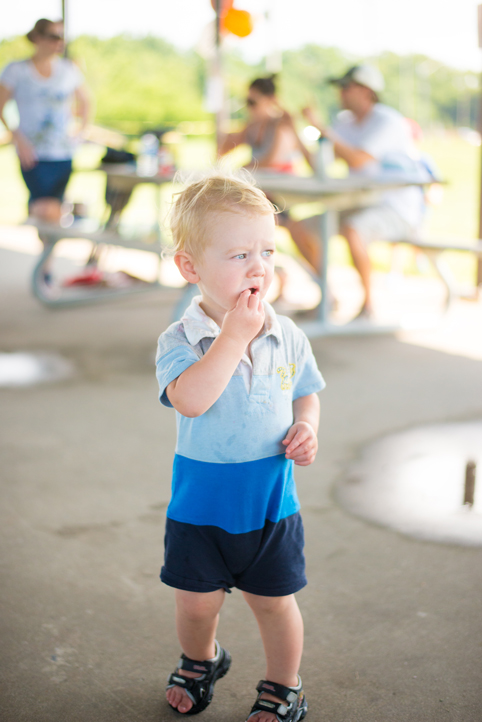 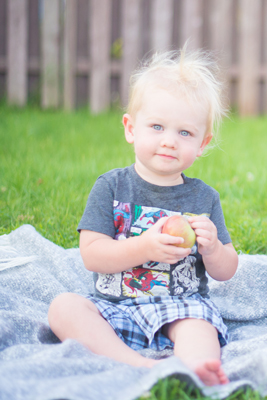 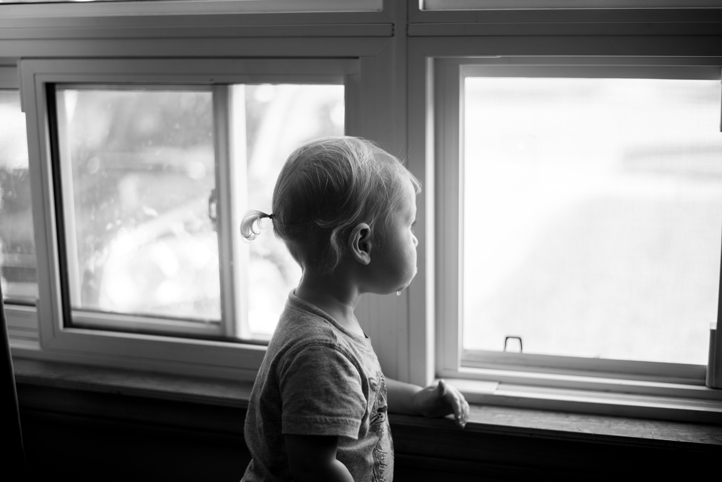 OK, so not quite long enough for a ponytail but I still got an elastic in there.

On a Friday after work I picked Lukkas and Nik up and headed for the salon to see my stylist Jayme, at Carbon Salon. Obviously Nik had no idea what was happening but Lukkas was pretty excited for this brother’s first hair cut. We walked into the salon and waited for a few minutes, Nik went through some magazines and picked out a few styles he liked, then we were called over to the chair. Lukkas held his brother’s hand and showed him where the chair was, then I lifted him up and put him on the booster seat….so far so good. Jayme put the cape on him and he got a little concerned, but nothing a few cookies couldn’t fix (always come prepared with snacks). Nik was doing pretty good, Jayme was snipping away while he snacked on cookies and stared at himself in the mirror. I’m not sure what happened but as we were coming to the end he started to get a little freaked out. He was squirming and getting panicky, I tried the cookie trick but he didn’t want anything more to do with those. It was like all of a sudden he realized “hey something’s not right here….she’s cutting my luxurious locks!”. The tears started to come and I was preparing for full tantrum mode as he pulled at the cape, trying to get it off. I didn’t want the hair cut to be unfinished so I tried my best to keep him happy so Jayme could finish up and make everything even. He calmed down a little bit, mirror distractions are usually a good bet, and with a few more snips the rest of the hair was off his head and on the floor. There were still some tears in his eyes and he jumped out the chair and headed towards the door. I wanted a picture with Nik and Jayme but he wanted nothing to do with her afterwards, even though she was super patient. When I looked at him after, he was still my Pepe, but he definitely looked more like a little man, and that made me sad (but just a bit). 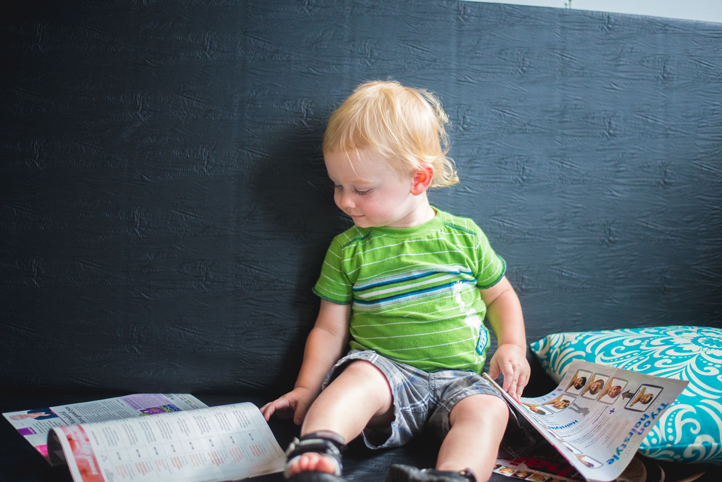 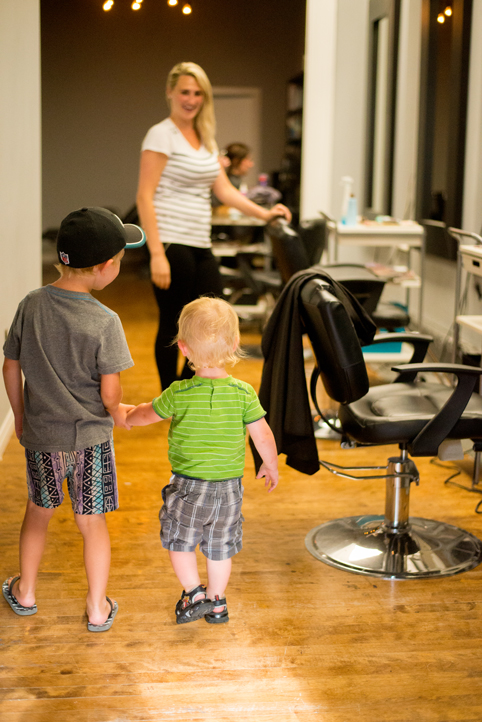 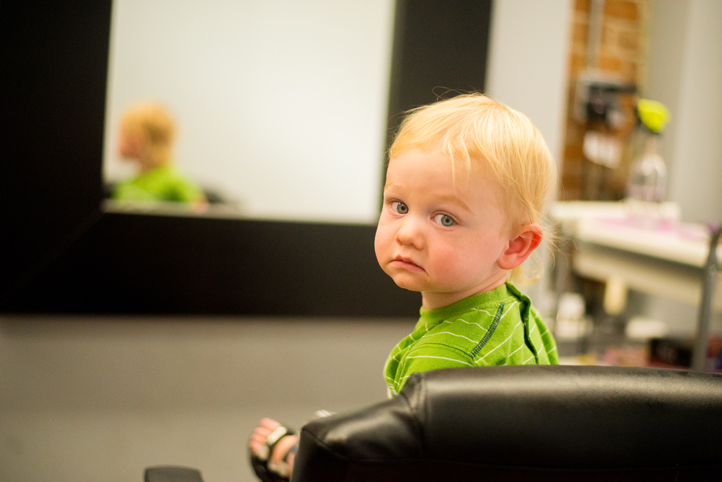 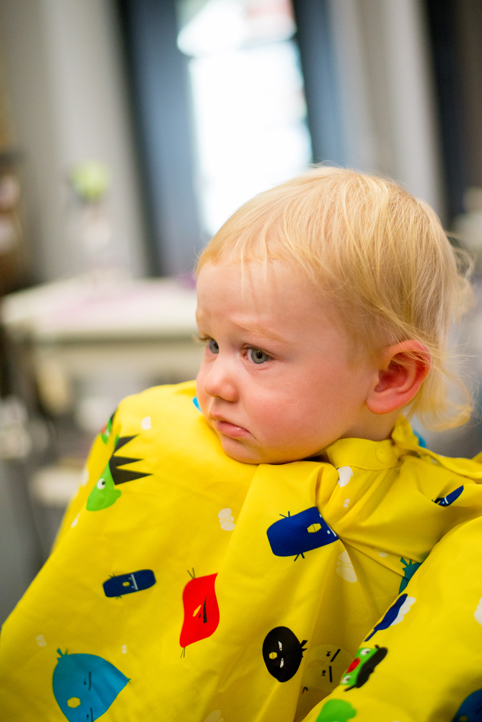 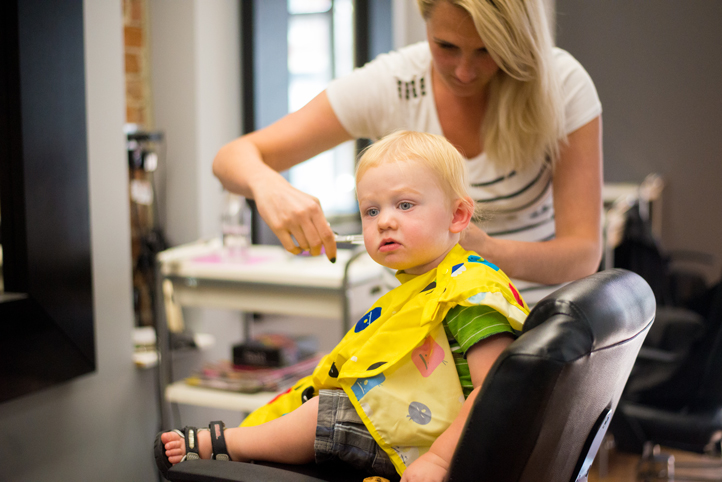 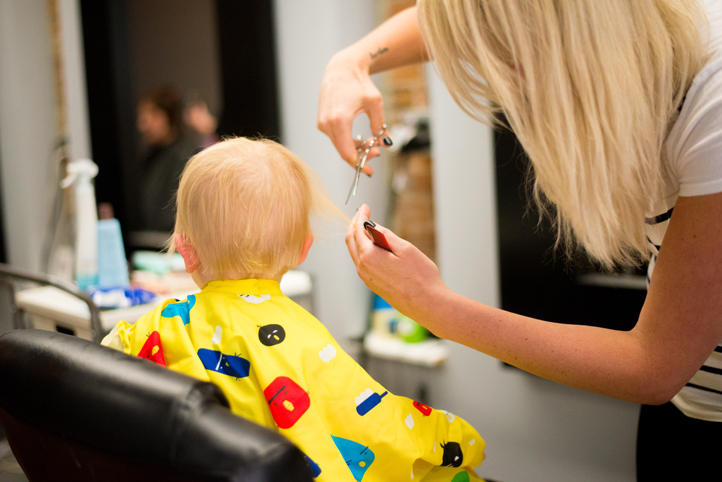 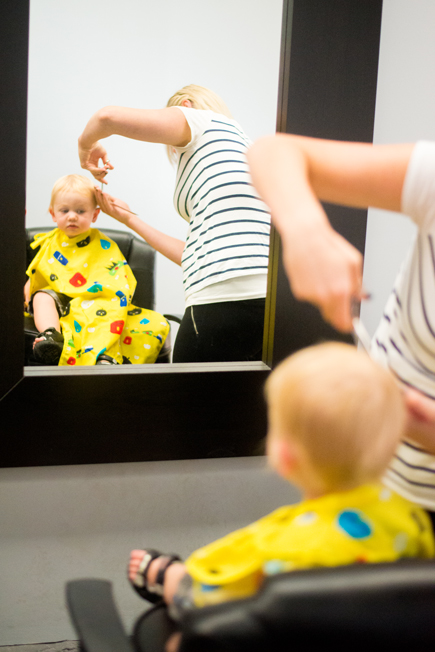 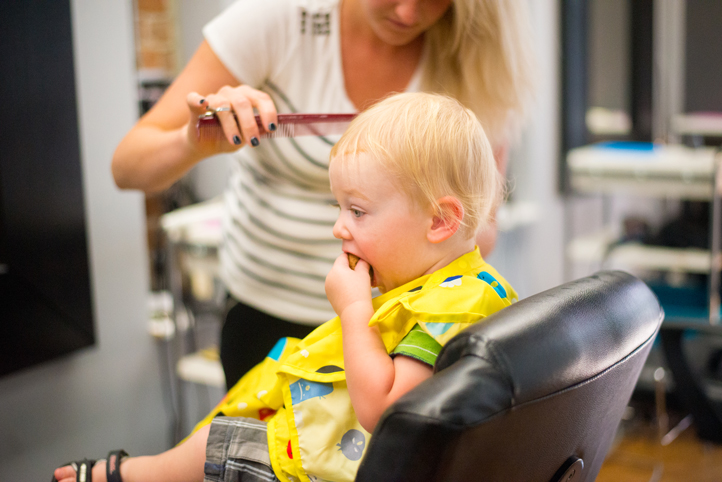 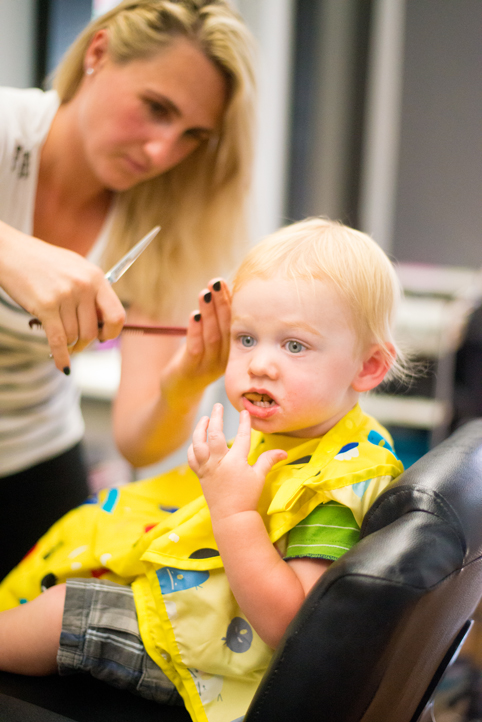 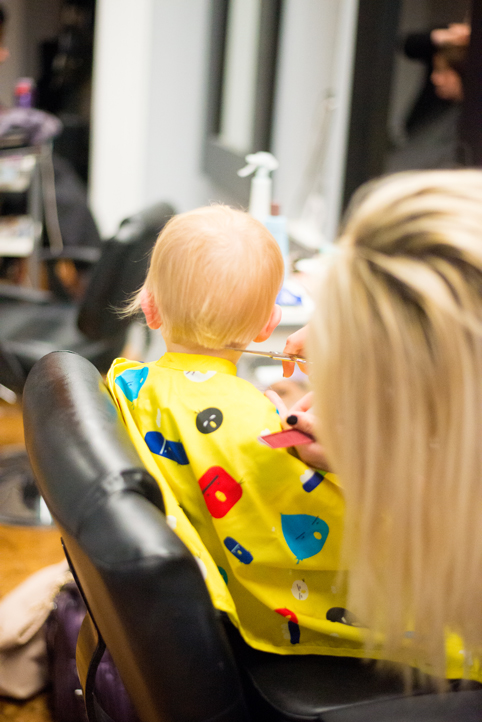 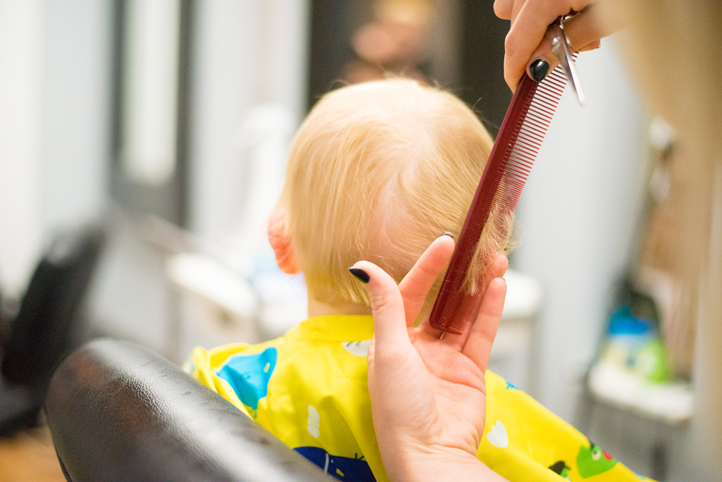 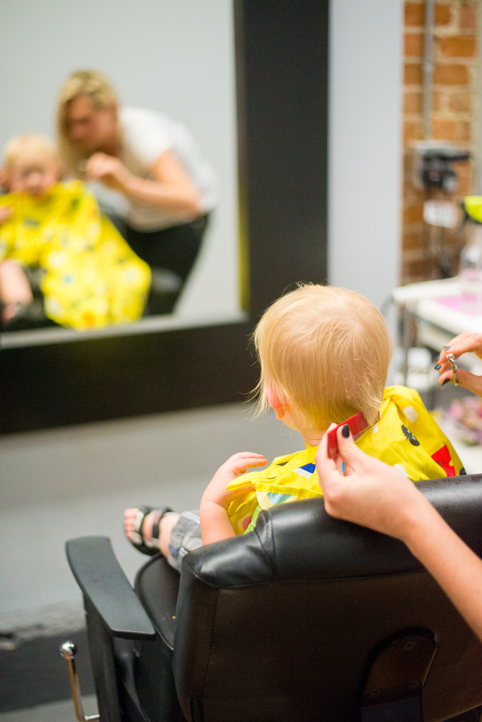 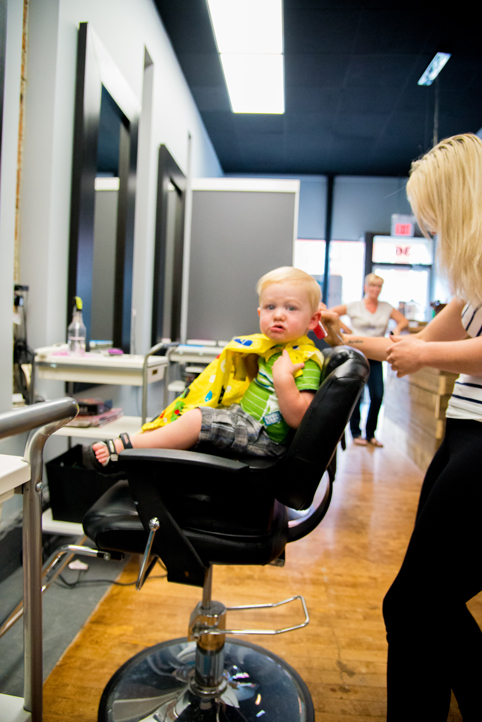 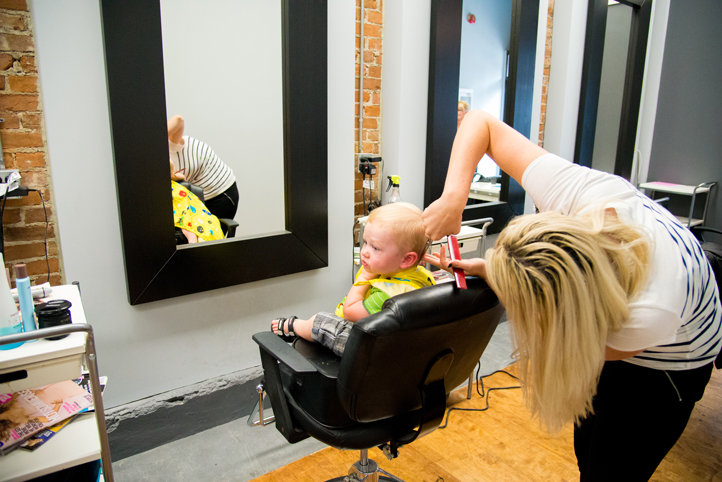 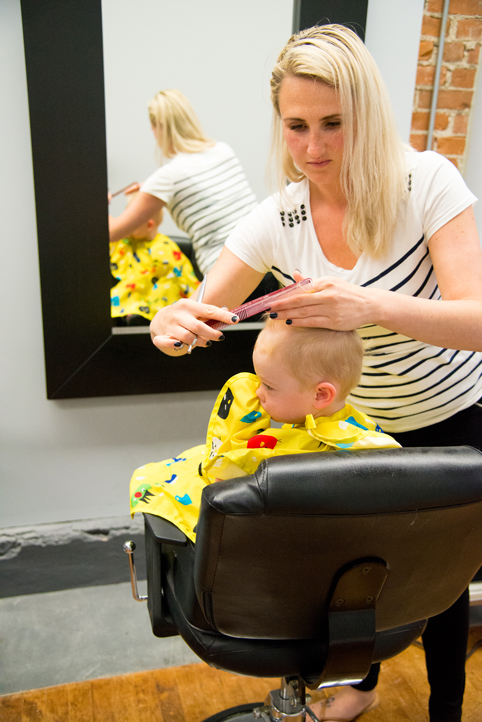 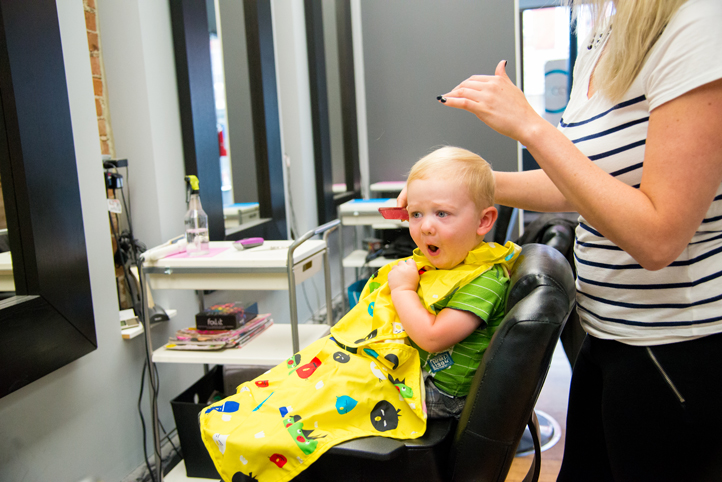 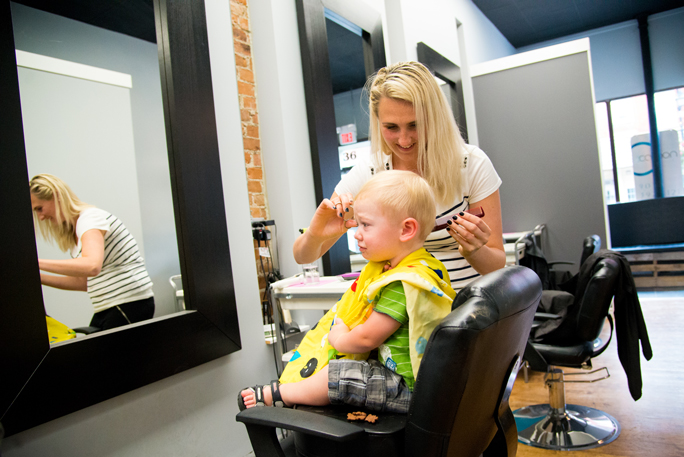 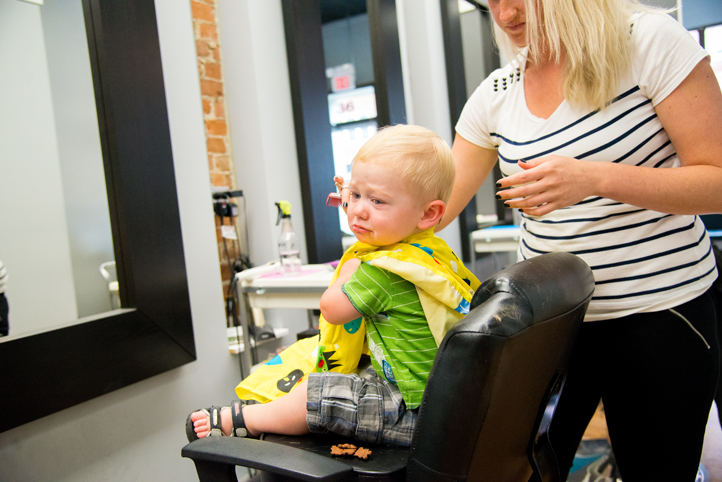 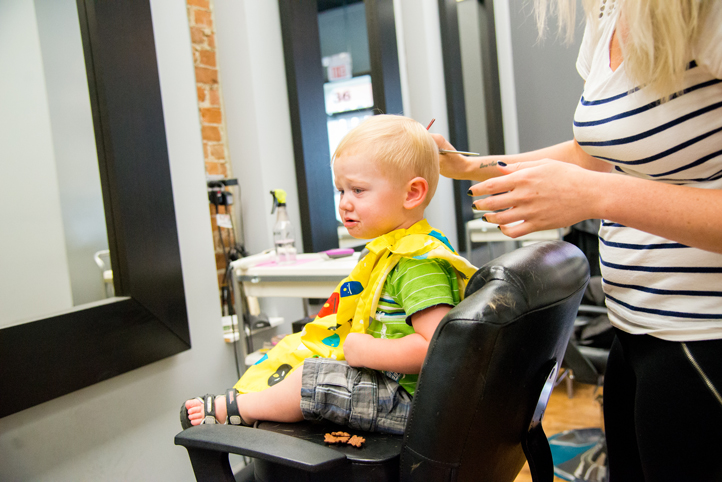 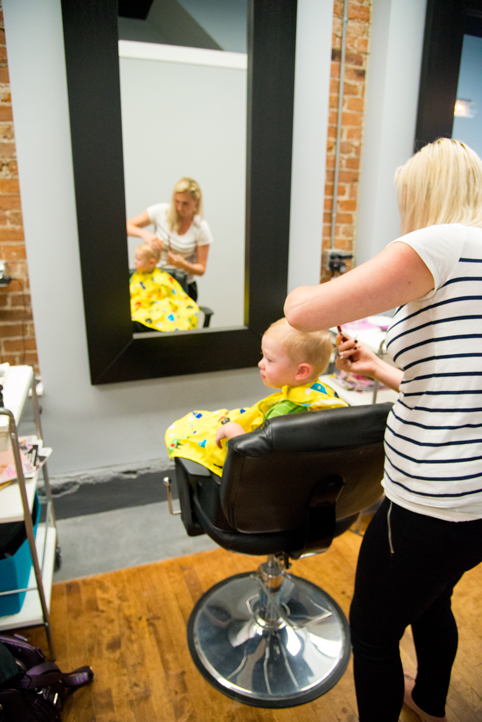 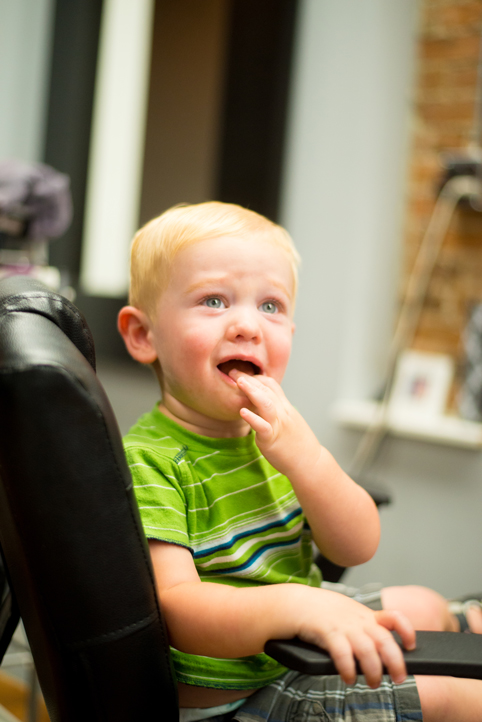 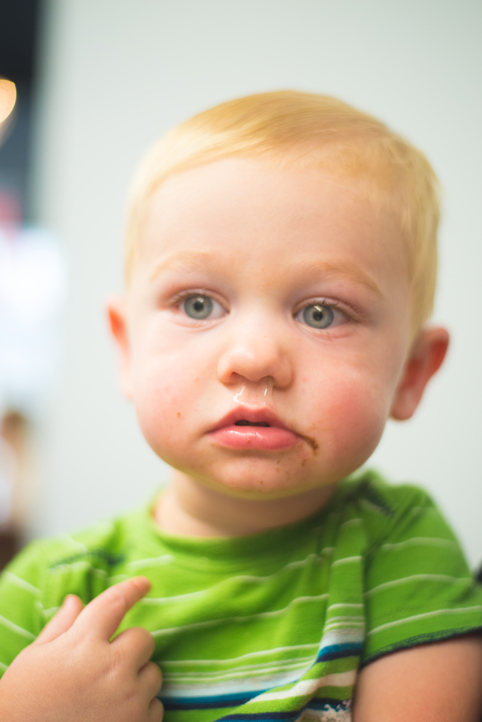 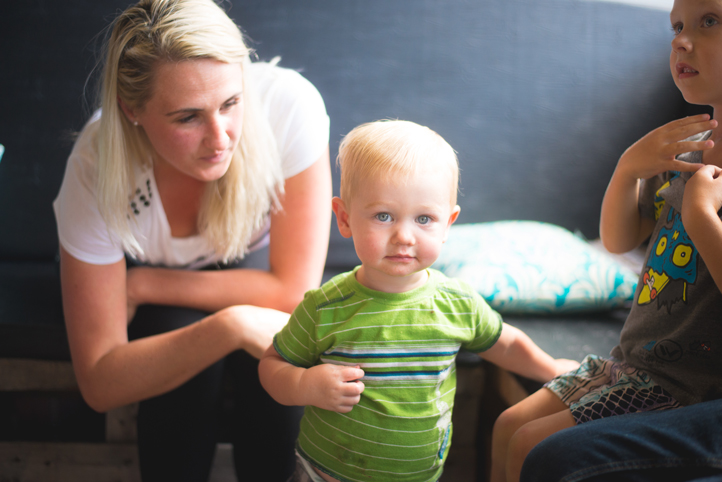 There’s only so many “firsts” in your child’s life and different families may choose to make bigger deals of some and not others. I guess I was just hoping to hold onto a little bit of the baby Nik before he is all of a sudden married and getting his own Kid’s hair cut…that thought is now making me weepy too, great. My boys are getting bigger, all I can do is create memories of these small moments, whether they like a camera in their faces in or not!

Thanks to Jayme and Carbon Salon for doing a fantastic job and for putting up with my picture taking. Oh and I chose not to keep a curl…not my “style” haha.