Excitement, nerves, the threat of tears, these are just a few of the things a parent experiences when they get ready to send their child off to school for the first time….the child on the other hand, could care less. Even though I have already done the first day thing with my oldest offspring, I was a little more sentimental with the second one. He’s just so small, my little munchkin man, how can this tiny person be ready to go to school already? Sure, I was going to be happy for both boys to be in school full time…having them home for the summer was getting to be a little much. After two months of “he’s looking at me”, “he took my <insert object here>”, and “Mooooom, can I have a snaaaaack?”, I was a little excited to watch them walk through the doors. At the same time though, this was my baby, as a parent you get it right….assuming you, the reader, are a parent?

We talked about school during the summer, went shopping for a backpack, and picked out the first day of school outfit. The whole time he seemed unfazed, he wasn’t scared or excited, he was pretty much “meh” about it all…probably because he was used to his brother going. The advantage Nik had over his big brother was just that….he’s been around the school for three years, he knows the teachers (a benefit of a small school), the younger siblings of his brother’s friends would now be in his class (instant BFFs), and he’s fiercely independant…sometimes to a fault.

The morning of the first day started the same as I’m sure most first days of school start…sleepy kids who are still on a summer morning schedule (lazy and slow). Eventually I had to get all “mom” on them and turn on lights, pull blankets off their heads, and get them both moving. I made them a special first day of school waffle breakfast (frozen waffles…I’m not super mom), and then they got dressed….in matching outfits, the eldest one’s idea. I went to see if my little man needed help with the buttons on his shirt but he just said, “I got it mommy”, ugh….my heart. When he was done I looked at him and no longer saw a little kid, he was now a big boy, ready to face the world and take on a whole bunch of new challenges.

We walked the 10 minutes to school, the whole time Lukkas (the oldest) was talking to his brother, making sure he was ready…. “Do you have your indoor shoes? Did Mommy pack you some strawberries for lunch? Are you excited to make new friends?”. I honestly think he’s a better parent than me sometimes, I just make sure there is food in the bag, I don’t remember what I packed. When we made our way onto the playground, we made sure Lukkas knew what teacher he had and what line he had to get in before he found some friends and took off. Once he was good to go, I took Nik around the corner to the kindergarten doors and stood in the group with the other parents. You could tell the first time parents from the “been there, done that parents”. Everyone looked a little sad to see their kiddos enter a new stage, but the ones that hadn’t done it before were just a little more anxious and fidgety, holding their offspring a little closer. The ones who already have a kid or two in school were more calm, their kids were wandering and exploring, not as stressed looking. Nikolaas looked at me, smiled, and then got excited when he saw a few other kids he knew. This prompted him to quickly let go of my hand and run to see them….he was so going to be fine. All of a sudden the bell rang, kids started eagerly…and nervously….lining up, and doors opened to reveal teachers with warm smiles, ready to take on a new group of energetic students. I showed my little guy what line to be in, kissed his head and told him I loved him. He waved goodbye and yelled, “love you too Mommy” as he entered the room…without even looking back.

At the end of the day both boys were excited to tell stories about their teachers, the different kids in their classes, lockers, cubbies, desks, everything you do on a first day. I was hoping the youngest would be tired after a full day of stimulation, but he was eager to tell me all about his classroom and the other kids he met. He said he couldn’t remember all their names, and there were girls in the class…for some reason this really shocked him, not sure why, he’s interacted with girls before. He was excited to show me his mail bag and said he would sometimes get to go to the park, which, when you’re three, is a pretty big field trip.

With the the first day over, my baby was officially a big kid, he had one of the last big “firsts” of his little kid life. Sure, there will be more, but this one shifted him from that “baby” status to just “kid”. I’m glad he’s getting bigger and becoming more independent, I mean, it makes things a lot easier for me, but I just want them to stay small. I always tell them to stop growing, so far they are doing a horrible job at listening to me. 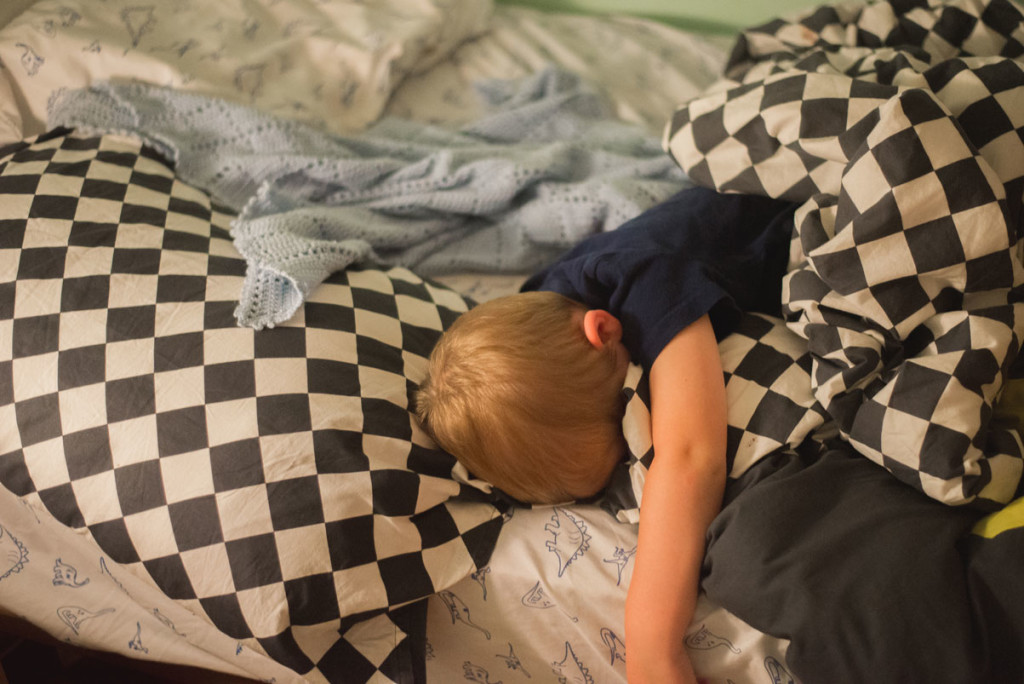 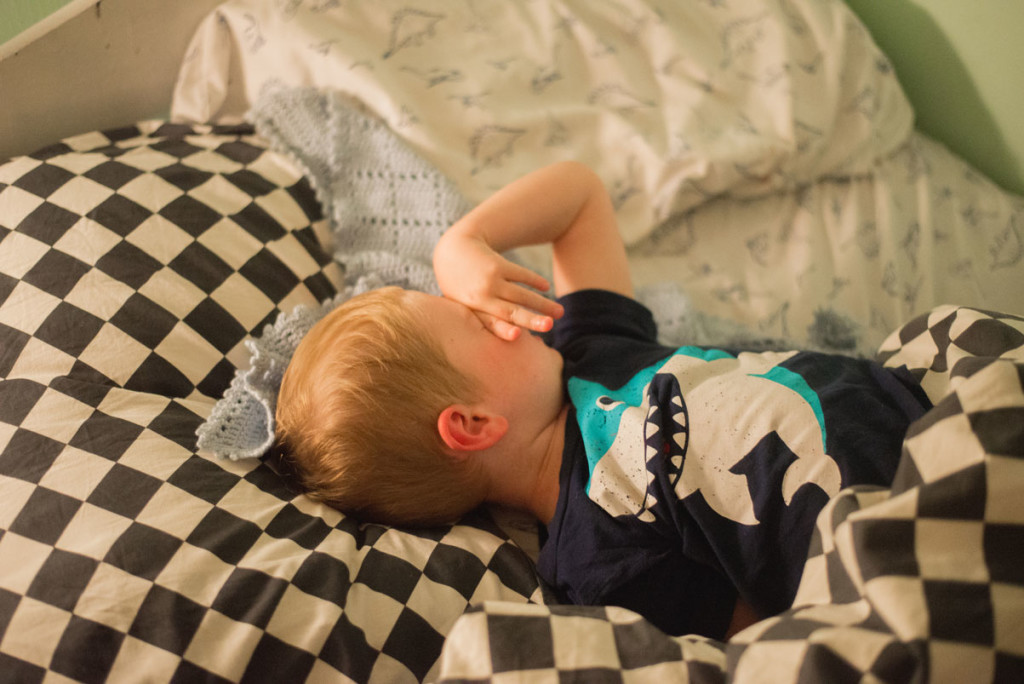 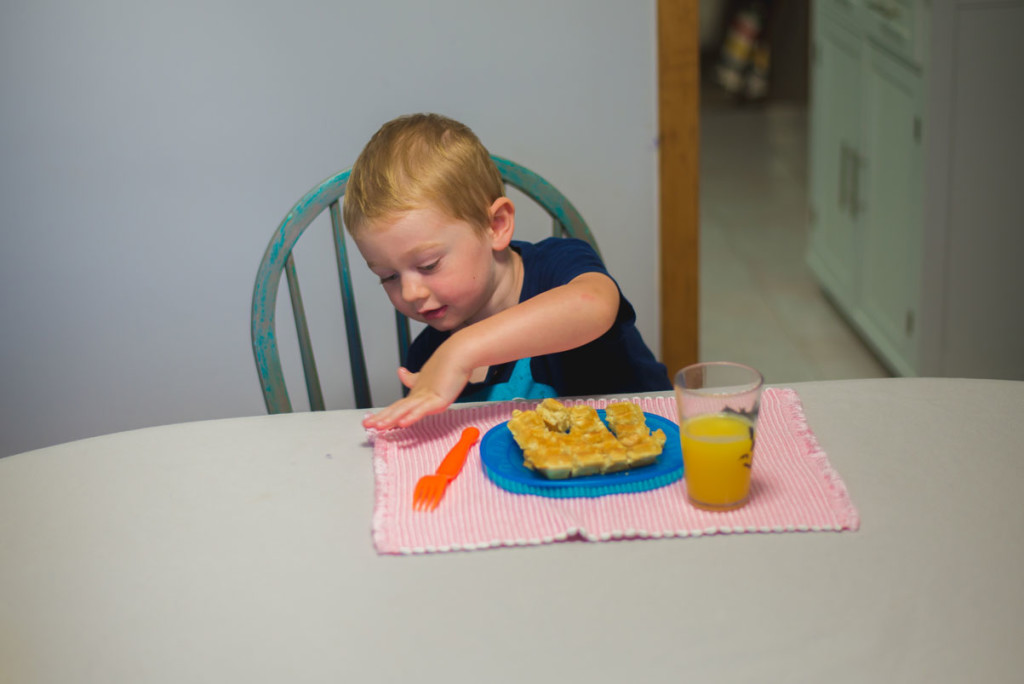 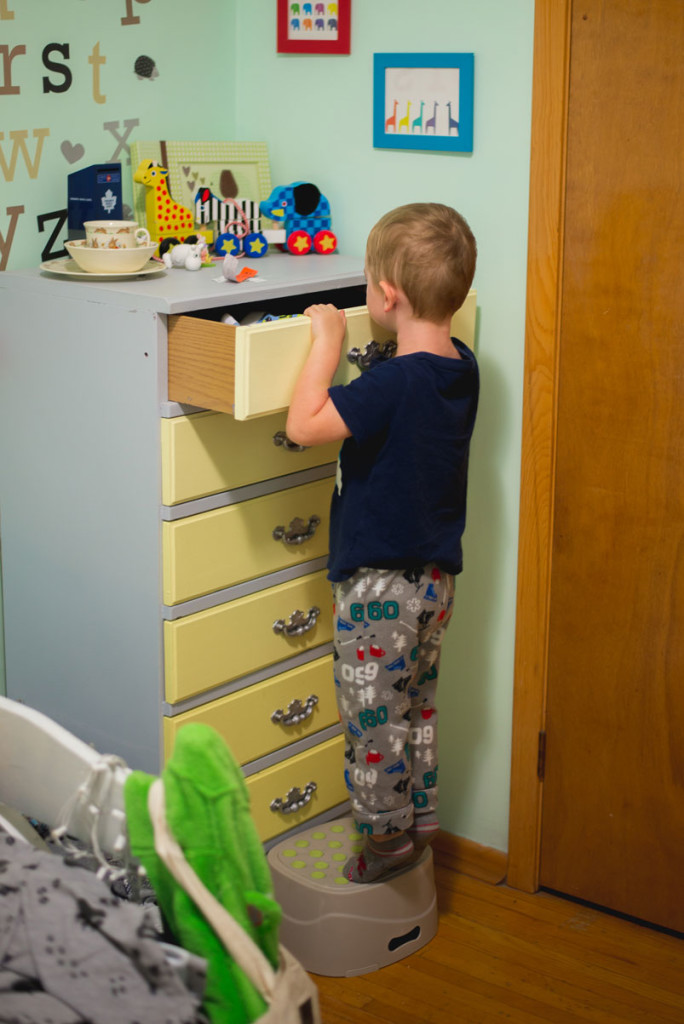 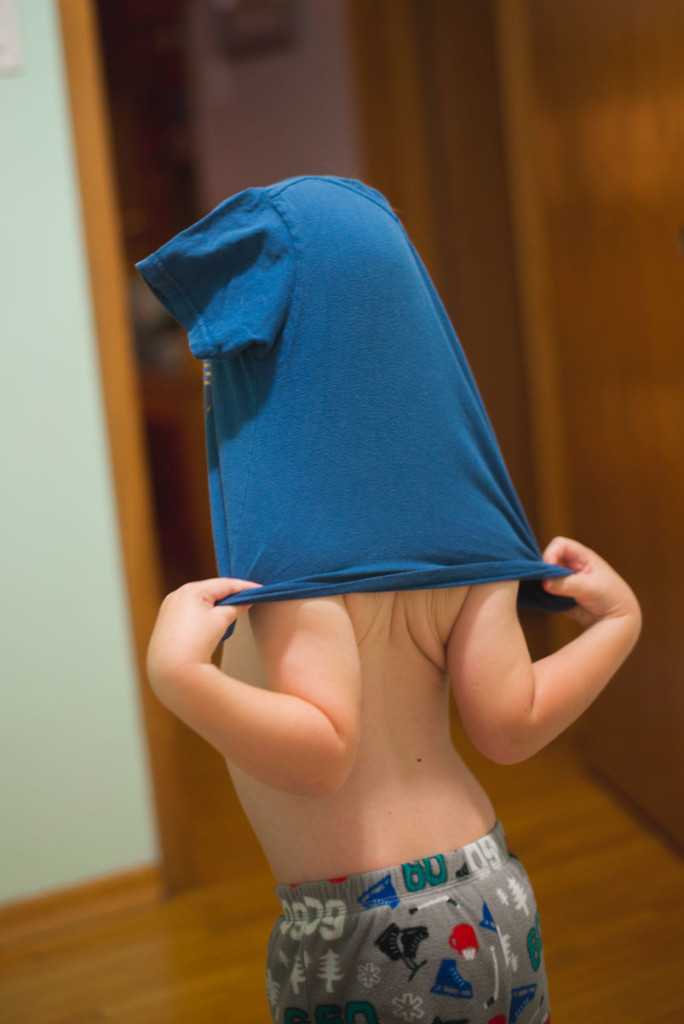 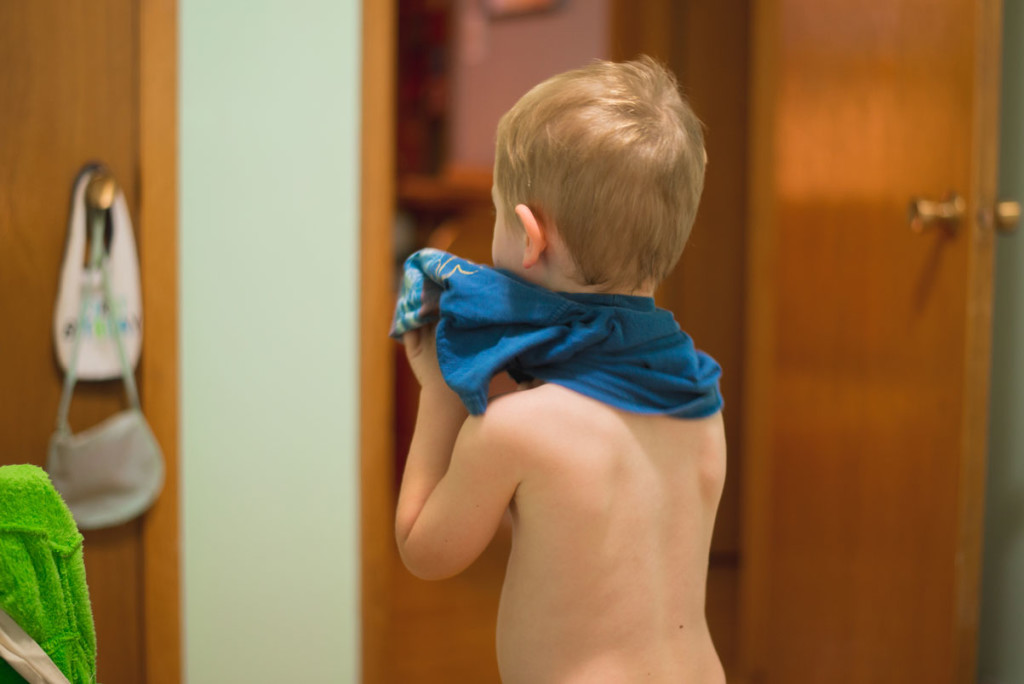 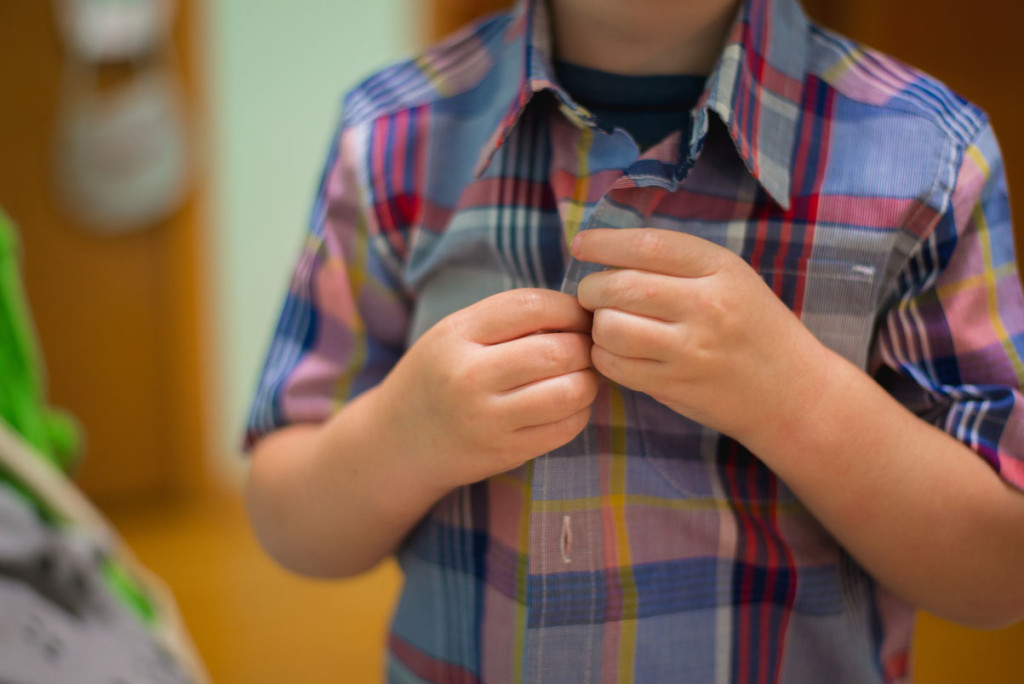 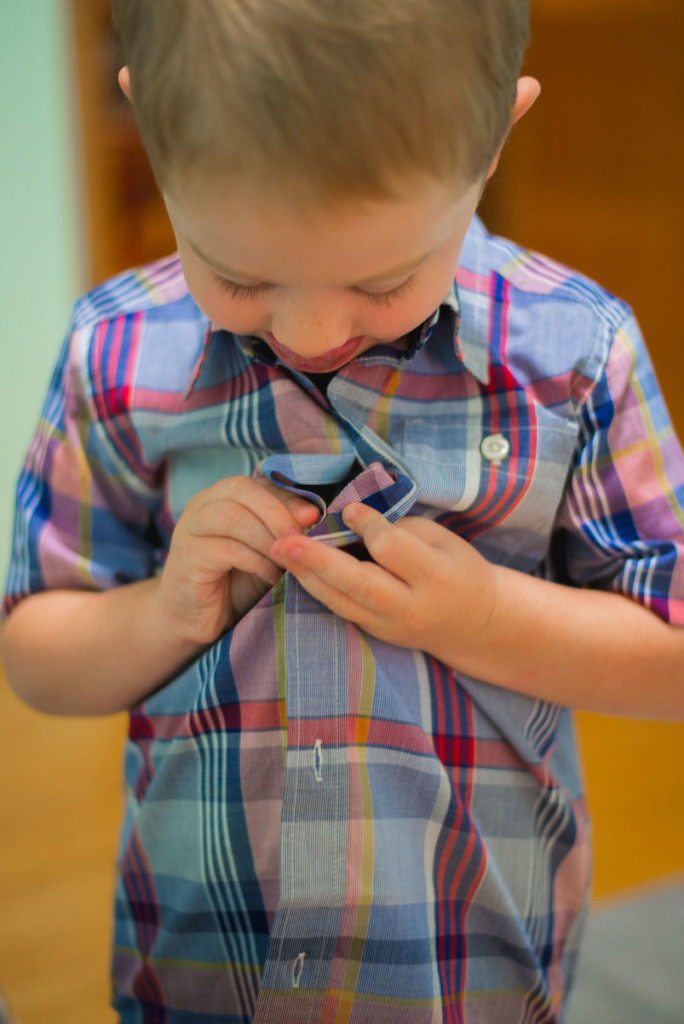 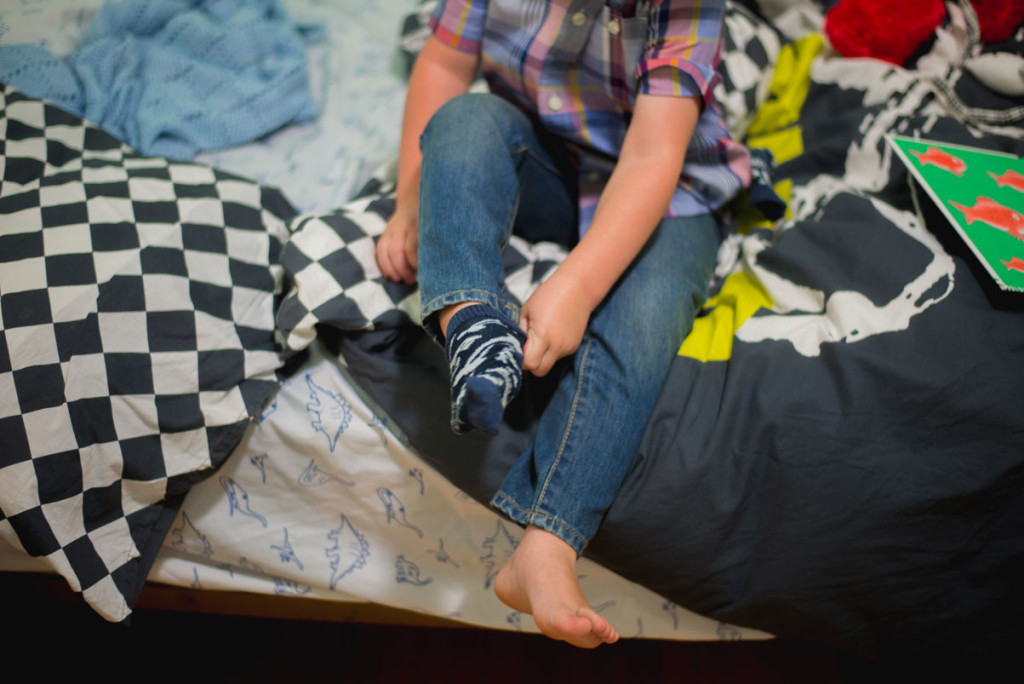 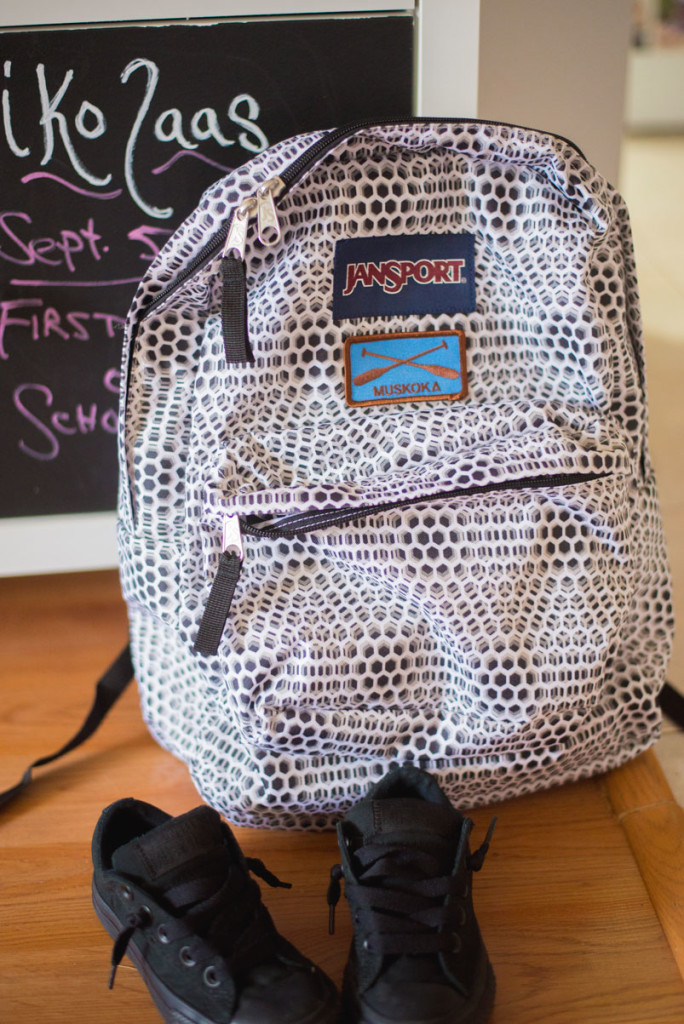 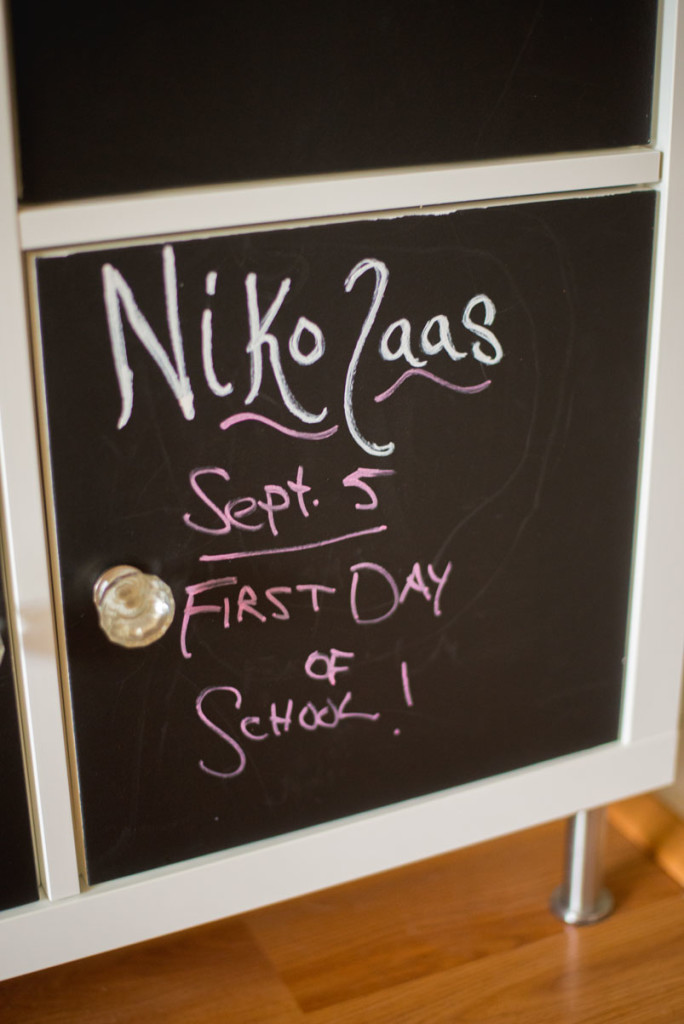 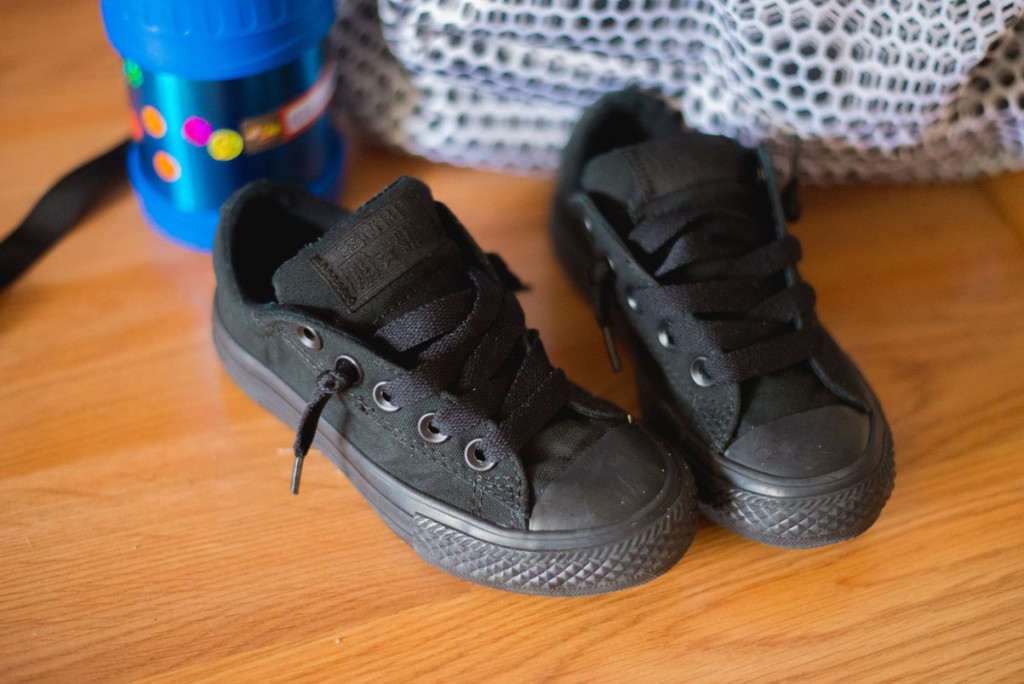 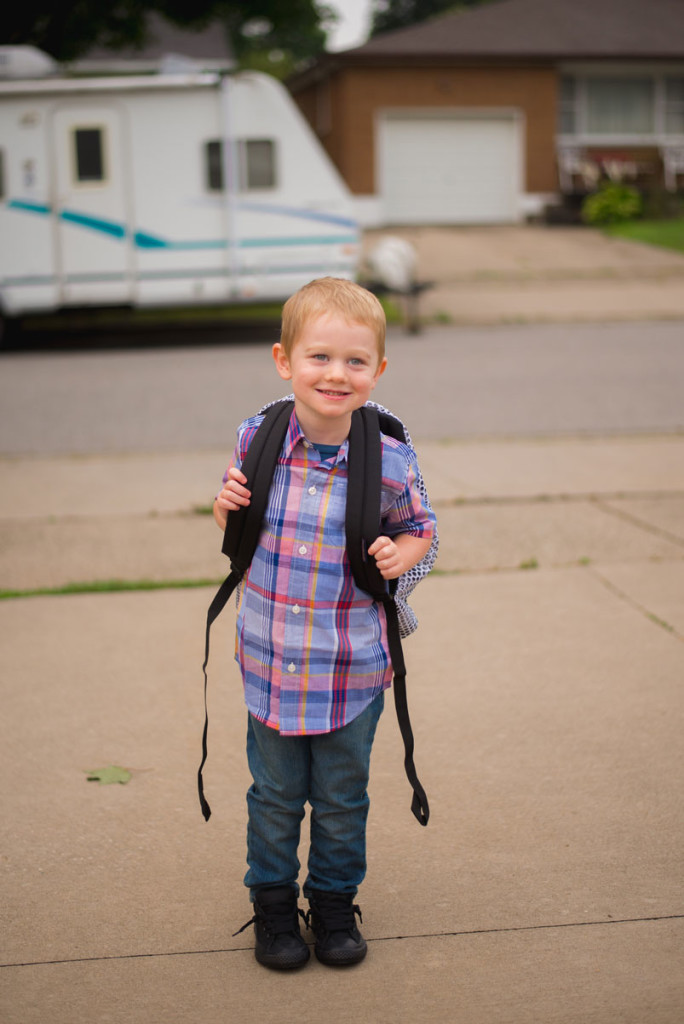 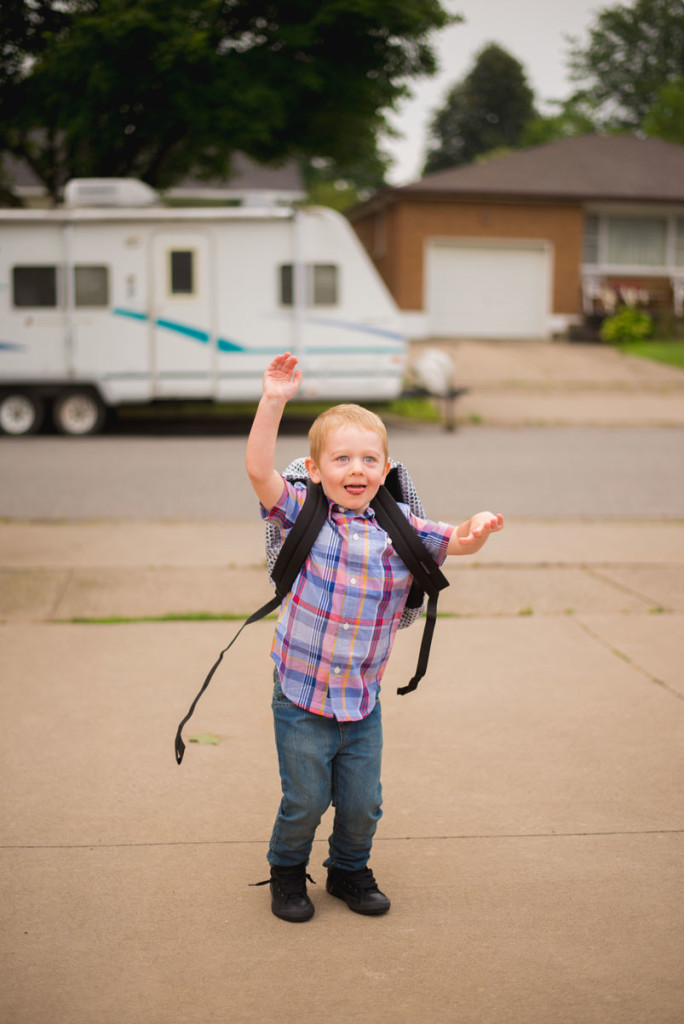 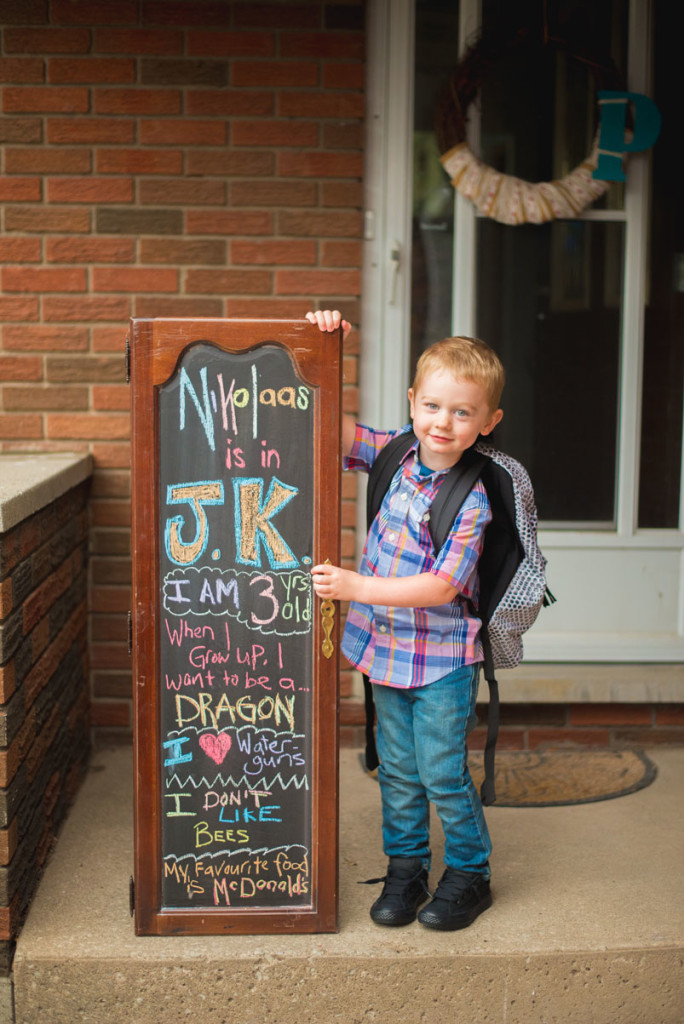 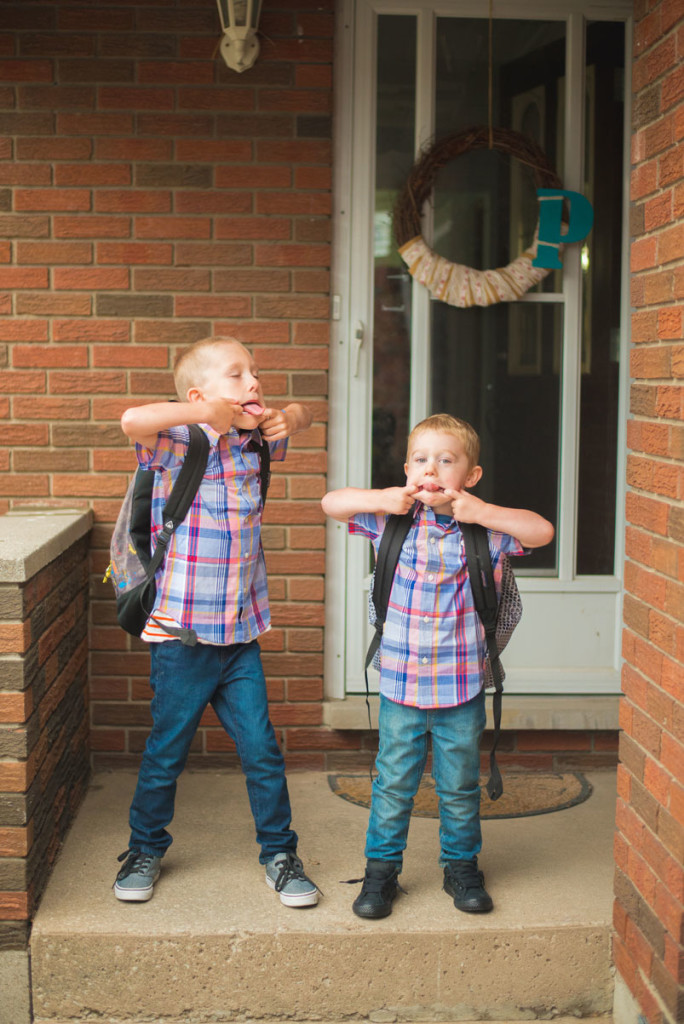 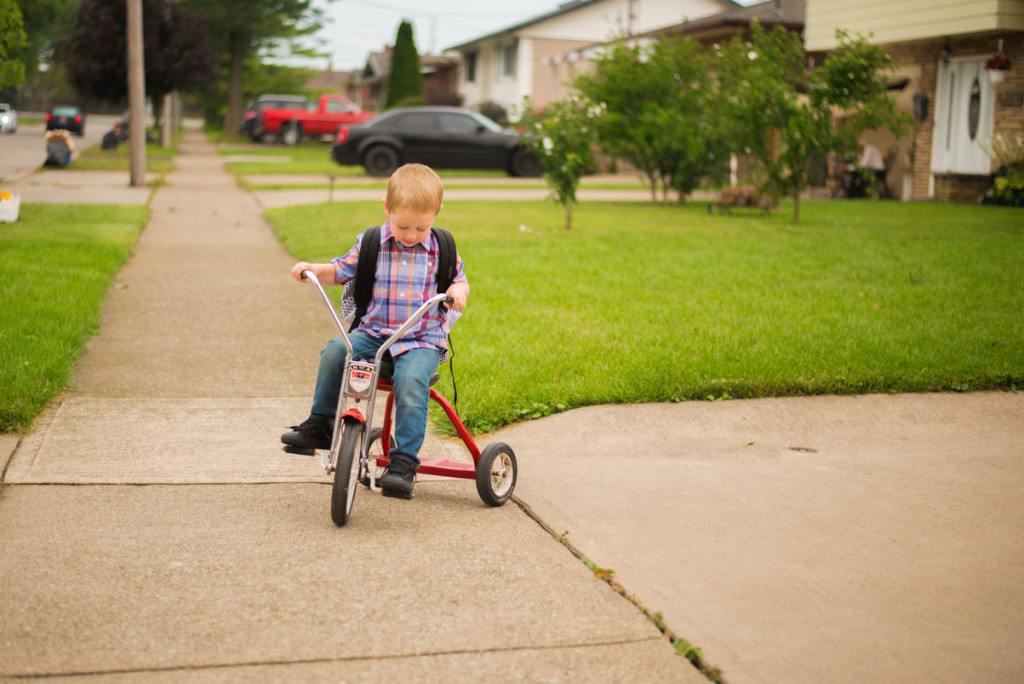 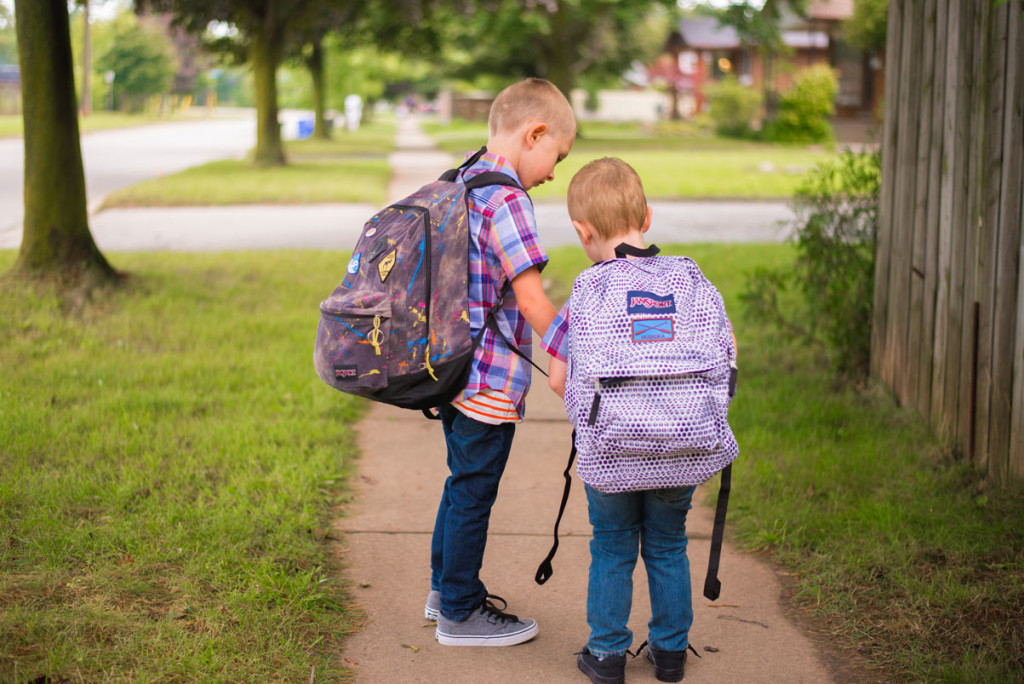 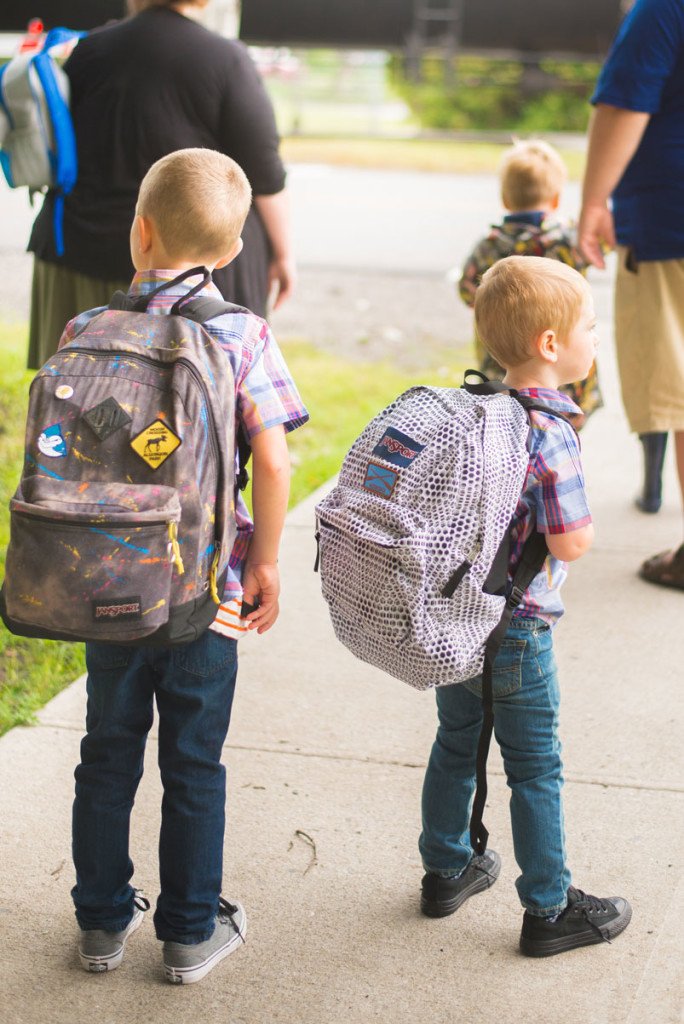 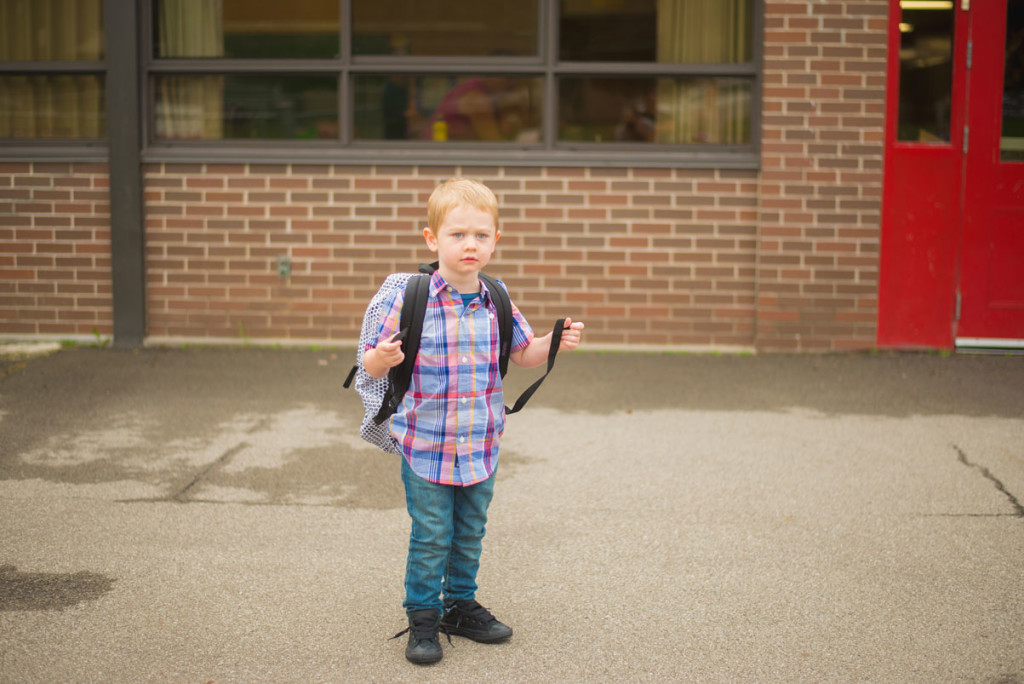 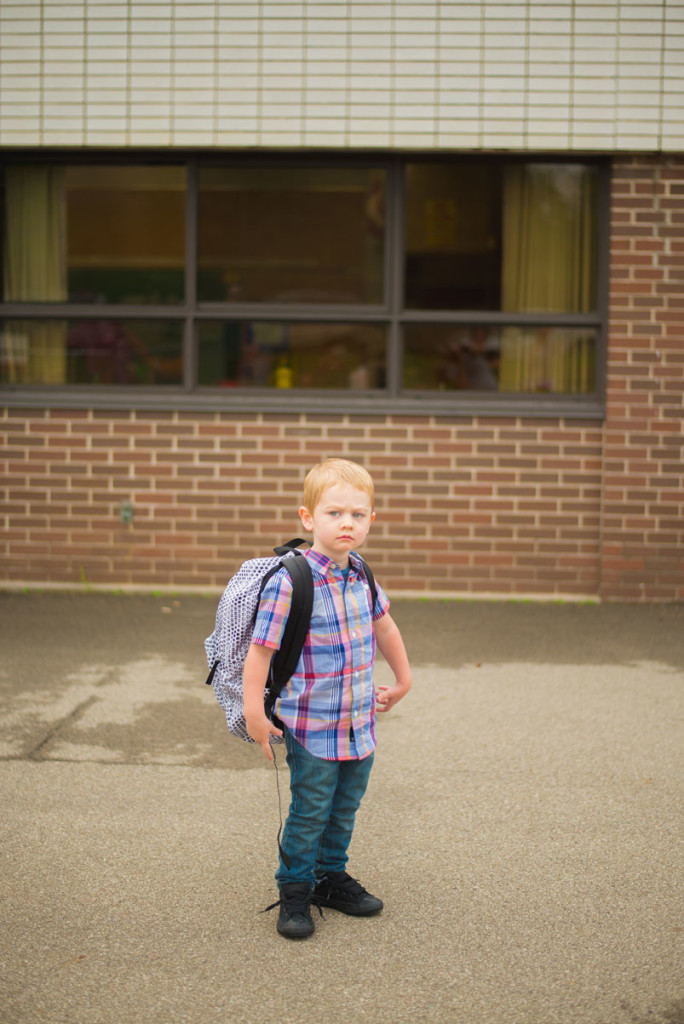 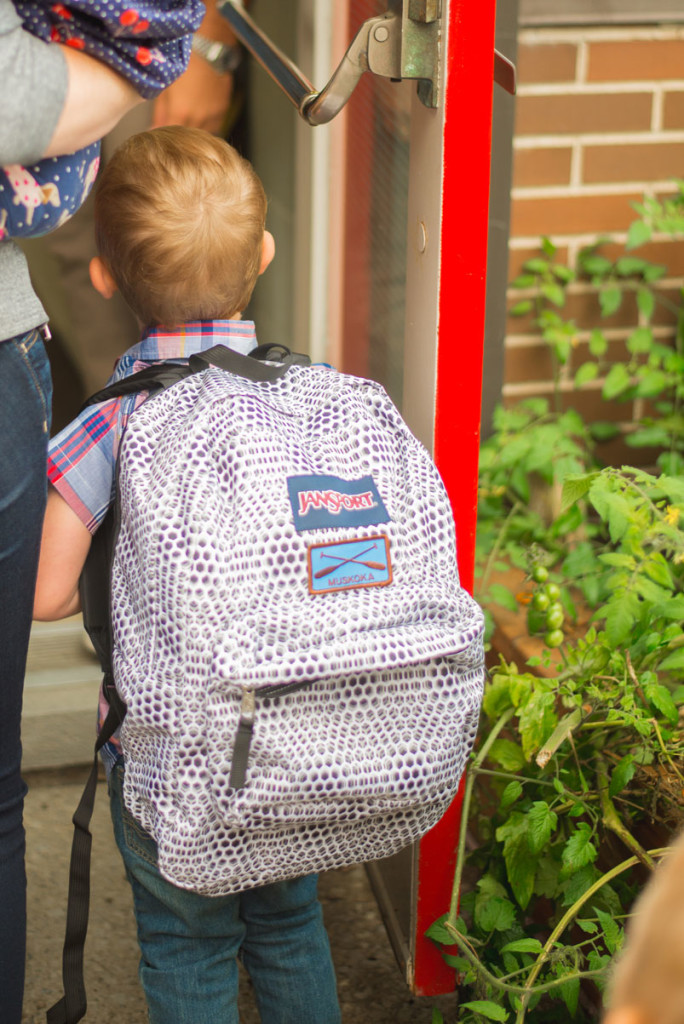